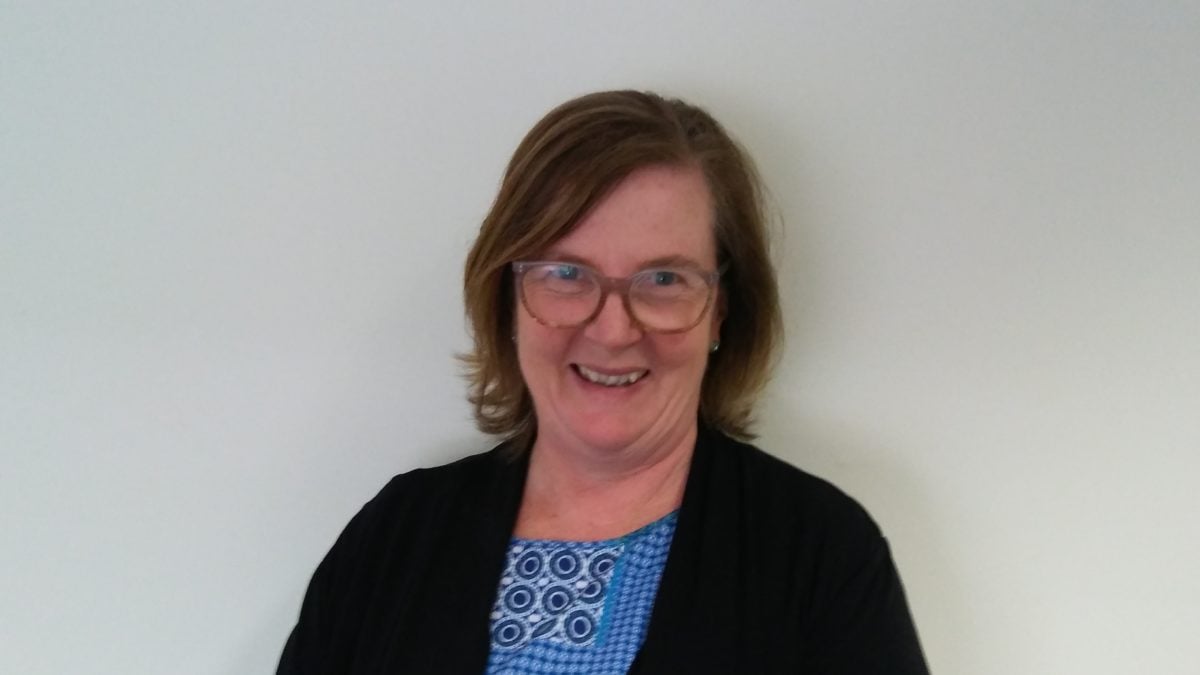 After 18 years of dedicated service to the PCV in varied roles, Mrs Kathy James has decided to hang up her boots. We spoke to her recently and Kathy shared thoughts on her PCV journey.

What skills did Kathy James bring to our church?

KJ: My professional background is in business and finance. After joining Bundoora Presbyterian Church in 1994, when my husband Matt became a ministry candidate, I was beginning to develop my own pastoral experience and my desire to assist the church grew. Joining an Assembly committee allowed me to make use of both my business and pastoral skills as I got involved in the underlying work and business aspects of the committee.

Who persuaded you to join the Health and Community Chaplaincy Committee (HCCC)?

KJ: I joined it in 2001 at the invitation of Rev Theo Fishwick who was convener at that time (and also the first full time Presbyterian Chaplain at the Royal Children’s Hospital). Since then, I have served with six different conveners and, for a time, was also convener of the committee myself.

How has the mission of HCCC developed in your time?

KJ:  In the early years, I was the Presbyterian representative on the Healthcare Chaplaincy Council of Victoria (now Spiritual Health Association). This was a government funded body distributing state funds to Victorian faith groups to provide pastoral care in public hospitals for members of their own faith. Now THAT had its challenges! It was a period of particular change for this organisation and, in many ways, the PCV’s own development of healthcare chaplaincy in Victoria occurred in tandem with those changes.

There’s been an increasing focus on professional standards during that time and a large part of my role has been to make use of our financial and human resources working within the current system in Victoria, and to develop sustainable employment models for our chaplains and to support their self-care through regular professional development and supervision.

KJ:  Over a period of ten years, HCCC has moved from the initial model of a single full-time hospital chaplain at the Royal Children’s Hospital to now employing four part-time Paediatric Chaplains across several public health sites. This model we believe has been beneficial to the longevity of our chaplains who work in a complex and emotionally demanding work environment and find that the time away from work to spend on other aspects of life helps in maintaining a much-needed work-life balance.

Where do our funds come from?

KJ:  We are grateful to God for two wonderful bequests:

KJ: Over the years, HCCC has further engaged in particular ministries within the denomination including:

along with a range of other specific and individual chaplaincy and pastoral care related ministries.

What’s been the highlight?

KJ:  I’ve learnt, more than ever, the necessity of reliance on God in prayer – that’s a highlight for me. I’ve been learning to pray wholeheartedly about everything and in periods of sometimes extreme difficulty, to always throw myself and the matters at hand on the Lord. Of course, God has been so faithful, often in surprising ways and this has helped me to persevere.

Then, the other highlight is that I’ve been surrounded by so many wonderful people in the Presbyterian Church. It’s been my privilege to recruit and develop gifted and skilled people. Then, as value-add, to assist them into hospital and ministry placements with some longevity (some have been in their roles now for six to seven years), and to see them valued at their workplaces and sought out by staff and patients as they seek to provide prayerful, compassionate spiritual care has been a daily joy.

How do you feel about stepping down?

KJ:  I leave with some sadness as this long engagement with HCCC comes to an end. My satisfaction and positivity comes from seeing the committee in good shape moving forward with a team led by Rev Phil Court as the Convener, HCCC members and Mr Ashley Manly as the newly employed Chaplaincy Support Worker. It’s a wonderful feeling of closure to see these good things now in place.

What would you say to someone considering joining a committee of the PCV?

KJ:  Do it! Particularly if you’re a woman – I believe that PCV committees benefit from a mix of male and female perspectives as godly and prayerful people seek to make use of the resources that God has given them.

We can’t resist the two-question quiz, so here goes:

KJ: Impossible to answer, both!

It was a privilege to spend time with Kathy James and the PCV would like to record its thanks to Kathy for her outstanding ministry of compassion and care within the Health and Community Chaplaincy portfolio and for serving the church so faithfully. We wish her every blessing in the years ahead.